Microsoft Teams Will Be Integrated Into Windows 11

Microsoft Teams will be deeply woven into the upcoming Windows 11. Here’s a quick look at the role of the collaboration app in Windows 11.

On Thursday, June 24, Microsoft unveiled Windows 11. The new operating system, a successor to Windows 10, will come with a refreshed interface, a revamped Microsoft Store, and most importantly, direct integration with the Teams collaboration app. The video conferencing app that saw a boom during Covid-19 lockdowns in 2020 will now be integrated into Windows by default.

While Zoom remains the world’s most popular video conferencing application, it’s clear that Microsoft would prefer everyone using their own video conferencing application instead. It also looks like the new chat experience will be replacing Skype as the built-in messaging apps on Windows. For the first time in years, the de facto messaging client for Windows is no longer preinstalled.

As you can see, Microsoft Teams will be deeply woven into the upcoming Windows 11. Here’s a quick look at the role of the collaboration app in Windows 11 and how the two will work together to enhance your Windows experience. Read on.

Chat for Microsoft Teams will be prominently placed on Windows 11 Start menu and integrated throughout the system. Thanks to this integration, Windows 11 users will be able to connect with their contacts through video, voice, chat, or text across different platforms — Windows, iOS, or Android — no matter the platform or device they are using.

According to Microsoft officials, the app will make it quicker and easier to create and join Teams meetings. You can create a video call and invite anyone without having to create a Microsoft account to join, thanks to Teams UI’s “Meet Now” button at the top. You can also use the app to text people using iPhones and Android phones directly as well.

The Rise of Microsoft Teams

The usage of Microsoft Teams has spiked over the past year due to the pandemic. As businesses continued to flock video calling services such as Slack, Zoom, and Microsoft’s own Teams, the app’s usage rose to 115 million daily active users in October 2020. The number of people using Teams continues to increase, and as of April 2021, Microsoft Teams had 145 million active daily users.

The company launched a free consumer version of Microsoft Teams in May. According to Microsoft, the goal is to provide a faster way for people to connect with their loved ones and colleagues even as we slowly return to in-person interactions. Microsoft Teams is also intended to improve hybrid work situations where some workers are at the office while others join meetings remotely.

Due to its massive growth, Microsoft Teams experienced the occasional stumbles and outages. Microsoft Teams is also known for consuming a lot of memory, even when it’s just running idly on your computer. This is a massive concern for some users as it can slow down your PC significantly. Microsoft will be addressing these problems with the release of the new Teams app on Windows 11, dubbed Teams 2.0.

Microsoft will be changing the software architecture of the application to the current desktop internals to Edge Webview2 (Microsoft Edge will power teams 2.0), introducing new and improved features on Microsoft Teams. Some of the key features to look forward to on Microsoft Teams 2.0 include support for multiple Teams accounts on a single device and easier scale-up for the client.

What will happen to the old desktop Teams app? Even with the debut of Teams 2.0, the Microsoft Teams desktop application is not going to disappear. Although it will be powered by Microsoft Edge, Teams 2.0 will have a ‘hybrid’ desktop app. The main objective of the Windows 11 integration is to open new possibilities for how users can interact with the Teams app.

With the collaboration app at the front and center of your PC, it will be significantly easier to connect to Teams on Windows 11. For instance, Windows 11 users will be able to mute or unmute their microphone and their desktop or app directly from the taskbar. You don’t even need to open the Teams app fully to launch communications such as chat, voice, and video calls.

How Deep Is Teams Integration Into Windows 11?

At this point, it is pretty clear that Microsoft Teams is going to be an integral part of the upcoming Windows 11 update. But just how deep is Microsoft Teams integration with Windows 11? What are the options? Can users opt-out of the new chat/collaboration service from Microsoft? A lot of users also want to know if they can disable or uninstall the app from their computers.

Well, the answer is we’re not sure yet. When it comes to Windows 11 and implementation, details are scanty. Microsoft just announced Windows 11 and its new features a few weeks ago, and we’re still half a year away from public release. Not every Windows computer needs the Microsoft Teams app. We’ll learn more on whether you can remove Teams from your Windows 11 PC if you don’t need it further down the line.

With most of the world’s knowledge workers working remotely over the last year, video conferencing has become indispensable. So Microsoft is going to be integrating their new video conferencing app into Windows 11 to make digital connections easier. Teams is quickly becoming the company’s favorite child, and it seems like one application Microsoft wants Windows users to spend the bulk of their day using.

There’s a lot of confusion out there regarding Windows 11 and the integration of native apps such as Microsoft Teams. But, for the most part, it seems like there’s no escaping Microsoft Teams for Windows 11 users. Schedule a free consultation with tech42 to learn more about Windows 11. 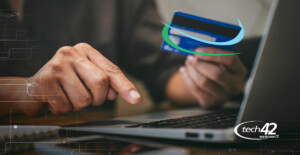 Holiday shopping is right around the corner. Many individuals will turn to online shopping instead of brick-and-mortar stores for holiday purchases. However, there are some things to be aware of… 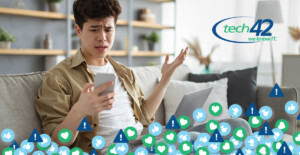 Social Media Scams Are More Common Than You Might Think

In 2021, 4.48 billion people were using social media worldwide. While social media is a great way to meet and connect with new people, it’s also one of the easiest… 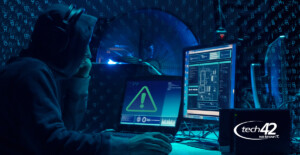 Don’t Let IT Problems Scare You

The world of technology can be scary sometimes, but tech42 has you covered. There are many threats to watch out for online, with one of the biggest being malware. Malware…